Well it is over a month since I left for Kobe Japan and I still have a few pictures , experiences, and thoughts to share.

In Kobe, everyone is in shape. I saw maybe two people the entire week that had maybe a few extra pounds, other than when I looked in the mirror.  It might have a little to do with how expensive everything is, especially food. People also trend to run, in short bursts, everywhere.  Actually at one point I did sprint across the street giggling madly, but no one reacted.

Below is a picture of a huge fish I did recognize the first few days because I only passed by at night and only I could miss a 100 foot statue repeatedly. 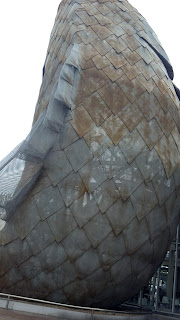 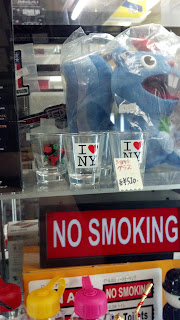 The only shot glasses I found were for NY! 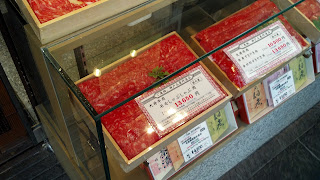 Above is the famous Kobe beef.  From what I could gather it is high price is based more on rarity of Japanese beef (there is not a lot of space to raise cattle).  Also, my friend Mike had a less than pleasant experience with it.  So for this trip I settle for taking the picture above. 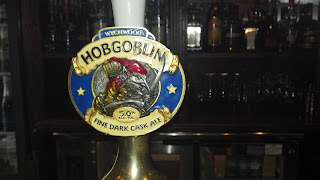 Again, I am pretty sure I mentioned how almost no one spoke English, so one night we search out "The Hobgoblin", a British bar.  The beer was enjoyable, but the real just relief was speaking English to someone.  There was one guy literally asleep sitting up at the bar that I have pictures of, but I don't see any reason to post incriminating photos of anyone- especially without their permission.

Below is a strange picture on a small vending machine, it made me laugh so why not share it: 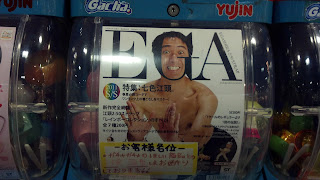 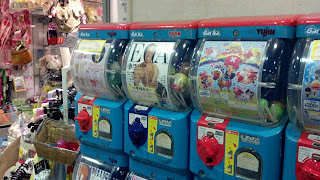 And the Kobe Tower (I think): 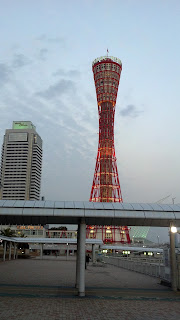 At the airport there was this poster which warns you to be polite, not litter, and remember that you take up more space with winter jackets on: 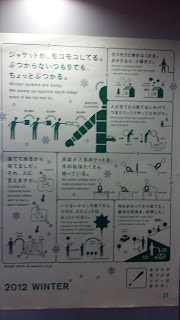 There was also this poster with a 70s aesthetic that included a cowboy hat wearing smoker: 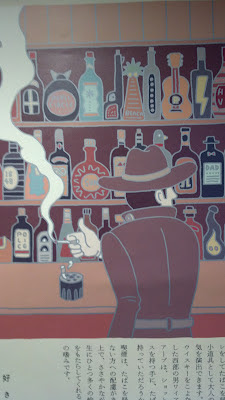 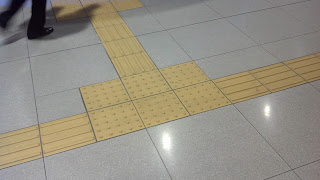 Along every sidewalk was this yellow track with bumps very similar to what you see in the NY subway for the visually disabled. We didn't see any blind people but these tracks were everywhere.

And a few final thoughts:

Like 90% of women wear skirts, on Friday night it was closer to 99.9% regardless of the weather.

People point in both directions at intersections to show that they looked both way, walkers and drivers. I did a double finger-gun draw, fire in each direction, blow the smoke out the barrels, and reholster at most intersections (but nobody reacted).

Until we meet again Japan...
Posted by rocketsciencesense at 10:45 AM

I understand that there are very strict requirements for meat to be labeled Kobe (not the least of which is breed, slaughter house, meat and marbling quality). It's got to be castrated, too.

One can find "Kobe-style beef" in the states, but the feed and breed are a little different. I believe real Kobe beef is illegal to export here (heard on Iron Chef) but I'm not entirely sure why.