What is going on in London? Forget the details and let discuss the causes

What is going on in London? Forget the details and let discuss the causes.


The rioting going on in London right now and I have very little idea why: here are some pictures

This is pretty out of hand for one of the worlds most advanced democracies. Two blogs I follow discuss the causes:

While I agree we are experiencing a reset and not only should things change or must they change, but they are changing for the better. I feel the capital inequity and reward system we currently have it broken and will change the question is how bad things are going to get and how long before we reach some stable form.

Some of the discussion in the above blogs is about the root cause being the system and includes two facts: we can afford to spend on war but cut the budget for public education and our economy is suffering from what I feel is bad policy. When we look at the actions of the riots and only look to punish we will never reach a true solution. People are angry and I really believe this is a direct artifact on the powerlessness people feel right now. 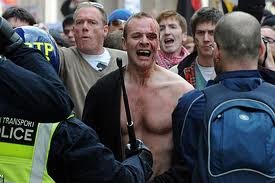 What “branches” do you think we need to cut? I believe we need to: 1) deconstruct the super-sized banking, (no such thing as “too big to fail”- the ship is made of iron and it will sink” 2) deconstruct industrial food farming, (check “polyfarms.com”) 3) deconstruct the military industrial complex (large military will always find a war) and 4) reduce our consumption economy (60% of our economy is consumer spending—buying crap)

It is a sad state of affairs when our "blame first" society. I will also point out that we (in "first" world "democracies") eagerly enter wars but scoff at spending a 1/100th of the price for peace. The example I’ll give is from “Charlie Wilson’s War”. We happily spent a billion dollars a year to kill Soviets (stinger missiles at the time were ~$20,000 a piece) and after they left we (the west) had an opportunity to help rebuild Afghanistan, but could give anything.

We need to realize that we truly are interconnected and there are simple but difficult solutions to our complex problems. I don't know what the future will bring, but I am hopeful after things I read here and people I meet that things are changing for the better and better every day. 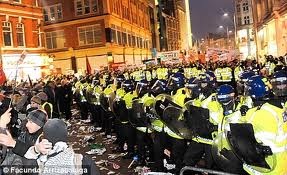 I have to believe things will get better. We have no control over external events only our internal reactions. I am a firm believe in what you focus on is way will grow (a la "secret"). So stay positive!!! I recommend "hoodwinked" as a book that will first depress and then enforce a positive spirit about the future. It is the follow up to "confessions of an economic hitman" author John Perkins. Next, I will mention this focus exercise.

Look around the area you are in and notice all the red objects. Spend a minute doing this. Now close your eyes and keep the closed. Now try and recall all the blue objects around you—it is a lot harder because you were focused on the red objects. Stay focused on the positive. You will find what you expect to find. Now I do not mean to ignore warnings or as an excuse for dangerous behavior. Actually, that is a part of my Hark’s rule #1. Know when you have a belief versus the truth so when you do get contradictory information you are open to adjusting your belief.

This is awful, so skip this paragraph if you want. I read one book that details an experiment using Puppies to see how experience affects attitude. Unfortunately I cannot remember the details, but two groups of puppies were formed and then each puppy was put in one of two water tanks. Group one had a water tank that had a platform in the corner that the puppy could eventual find and save itself. Group two had a water tank with no platform and the puppy had to swim until it went under and had to be rescued. One group of puppies was conditioned to be “hopeless” and another group of puppies to be “hopeful”. Then the puppies were placed a second time in a water tank with no platform and no means of escape. The puppies that had a platform the first time lasted significantly longer than the group that was “conditioned” to swim until rescue.

So my conclusion is given the choice I have to believe that while things are changing faster than ever before and our problems seem out of control we now have the faculty and technology to overcome the complex problems in the near future. There will be difficult changes and we must persevere, but in the end it will be better for everyone. I do not want to go to far out there but I believe we will enter a new “golden age” of humankind.

I was speaking with my friend, mofongo-con-pernil.blogspot., a few months ago and he mentioned how before September 11th he was a pacifist and now is pro-war (not exactly what he said- but he feels our wars are “justified’. My response is that in every thing I have learned/read since September 11th I have become a dove or pacifist. Here is a reading list that has affected my feelings on our “defense” based foreign policy.

The truth is that striking out with anger hurts us just as much as the person or country we strike. I could discuss endless the different things that could be done after the fact within the last two decades, but we really need to change the things that can be changed now.

I will also say that having an aerospace engineering degree I have never directly worked on weapons program, as much as anything related to aerospace is limited to defense (it is all interrelated). However, I used to feel I would never again work on a weapons program, but having been laid off for six months last year I do not have the luxury if I was in the same situation to turn down a job that lets me work in a field I love (reliability/risk analysis). But I do hope for a future where “defense” is a much smaller priority on not just America’s, but the entire planets budget.

Posted by rocketsciencesense at 9:30 AM