Lefty Fun Facts: What is the long word typed only with the left hand?

Lefty Fun Fact: “Stewardesses” is the longest word in the English language that is typed using only the left hand. 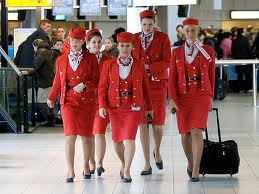 Not a football fan, but I still thought this was interesting: As with most left-handed quarterbacks, Tim Tebow has great arm strength. This Heisman Trophy-winning Florida Gator also has outstanding ability as a passer and a runner. Tebow was the first college football player to both rush and pass for twenty touchdowns in a season and was the first sophomore to win the Heisman. Tebow was the first home-schooled athlete to be nominated for the Heisman and , in 2008, he won the Quaqua Protégé Award as an outstanding home-education graduate.

From the 2011 Left-Hander’s Calendar

Posted by rocketsciencesense at 5:21 AM