And he has been posting about the battle of Gettysburg, which I recommend if you are so inclined. So anyway, this left update is for you RelaxMax: 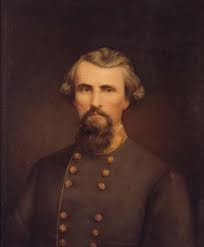 During the American Civil War, there was only one soldier to enlist as a private and end the war as a general officer. And he was left handed with no formal military training.

Nathan Bedford Forrest became a lieutenant general I the Confederate Army after enlisting as a private.

Posted by rocketsciencesense at 3:46 PM

I kept trying to think of the right answer but I couldn't get it so I had to break down and come for the answer.